Unit 4- The Scientific Revolution & The Enlightenment

The fourth unit in my AP European History course focuses on the transition toward a more scientific mindset in early modern Europe as a result of the Scientific Revolution and the Enlightenment.

The Scientific Revolution begins this unit.

Here is a Powerpoint on the Sci. Rev.

4.1- The Scientific Revolution: An Introduction

One of the biggest shifts in thinking that occurred in Europe in the 17th and 18th centuries is a transition from accepting traditional knowledge on faith to challenging this knowledge and believing only what can be supported by evidence - either by logic (rationalism) or observation (empiricism).

4.2- A Revolution in Reasoning

Before the Scientific Revolution, philosophers relied exclusively on Aristotle's deductive reasoning to solve problems and there was no "scientific method" in the sense that we think of it today. Sir Francis Bacon promoted inductive reasoning as a way for natural philosophers (scientists) to pursue truth in the natural world.

4.4- The Enlightenment and Religion

One of the key defining features of the Enlightenment was the challenging of traditional religious practices. Philosophes criticized not only a corrupt Church structure, but also the revealed doctrines of Christianity, Judaism, and Islam. Voltaire and others advocated Deism, which is a belief in a Supreme Being who governs a universe based on natural law. Our class discussions will address enlightenment perspectives on religion - especially that of Voltaire.

Another amazing lecture by John Merriman of Yale. Here he explains how the Enlightenment was a political struggle adopted by the layman.

00:00 - Part 1. Six Ways That the Enlightenment Mattered
05:52 - Part 2. The Spread of Enlightenment Thinking through the Public Sphere: Academies, Masonic Lodges, and Salons
12:58 - Part 3. The Enlightenment among the Grub Street Hacks
23:05 - Part 4. Desacralization of the French Monarchy
27:43 - Part 5. Legal Briefs on the Despotism of the Monarchy: The Law as a New Source of Sovereignty
36:41 - Part 6. Sensational Royal Affairs: The Erosion of Monarchical Prestige

Enlightened absolutists attempted to implement enlightened reforms through toleration of religious minorities, reform of governmental and societal institutions, absolute rule, and patronage of the philosophes. Frederick the Great of Prussia, Catherine the Great of Russia, and Joseph II of Austria all tried, to varying degrees, to use their positions of power to aid the progress of the Enlightenment from the top down.

8 Things You Didn’t Know About Catherine the Great

Click here to read 8 things you didn't know about Catherine. 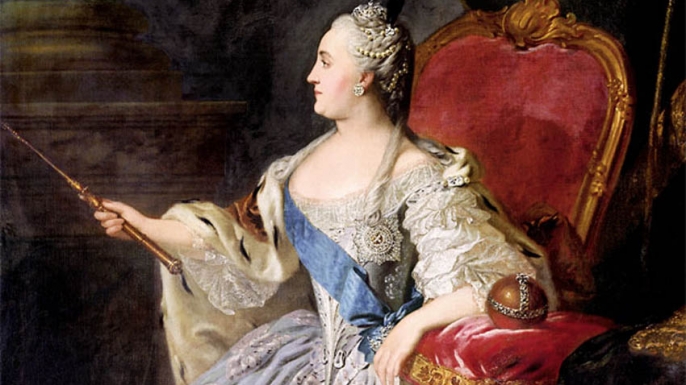