Unit 5- The French Revolution and Napoleon

The French Revolution is perhaps the most complex historical development that we will encounter in AP European History. In this unit, we will examine the problems causing the fall of the Old Regime and follow the French Revolution through its liberal, radical, and Napoleonic phases.

To begin Unit 5 you will need to read Chapter 4 of A People's History of Modern Europe. It does a nice job of offering a unique historiography of the French Revolution on a survey level.

Completely lost? Try Spark Notes. It's basic but it may help.

Video- The Declaration of the Rights of Man and the Citizen 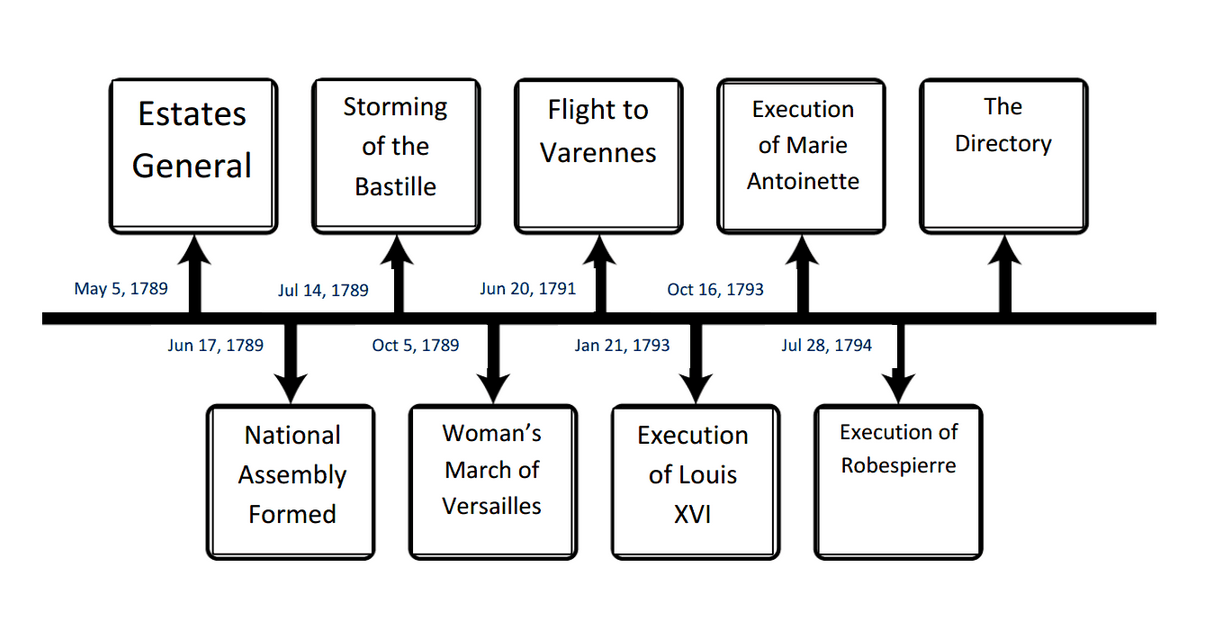 5.2- The Beginning of the Revolutionary Era: The American Revolution &

Background to the French Revolution

5.4- The Age of Napoleon & The Napoleonic Wars

KEY Events in the Life of Napoleon:

Legacy of the French Revolution

Why so many modern commercials are referencing Marie Antoinette and the Reign of Terror? Here is an example of the influence of The French Revolution:

What about the legacy of the ancient regime?  Here is an interesting BBC article on the topic!

After Napoleon's defeat, European aristocrats sought to establish a conservative order in Europe in order to prevent an upheaval of the scale of the French Revolution from happening again. As the conservatives were establishing their order, liberals, nationalists, and socialists had their own ideas for a new order to establish on a continent that was rapidly industrializing.... and while others looked forward, Romantics looked back.

After the fall of Napoleon, European leaders met at Vienna to establish a new conservative order in Europe moving forward from the chaos of the French Revolution. Led by Klemens von Metternich, conservative leaders at the Congress of Vienna were able to stifle liberal and nationalist movements on the European continent until the Revolutions of 1848.

A major key to understanding the conflicts of the 19th century is to be familiar with the different "isms" that emerged during this period.  Conservatives sought to maintain as many elements of the Old Regime as possible while liberals, nationalists, and socialists all tried to replace the old order with something new.  Romantics looked backward to find beauty in a rapidly industrializing and secularizing world while feminists sought to redefine the place of women in the newly emerging order.